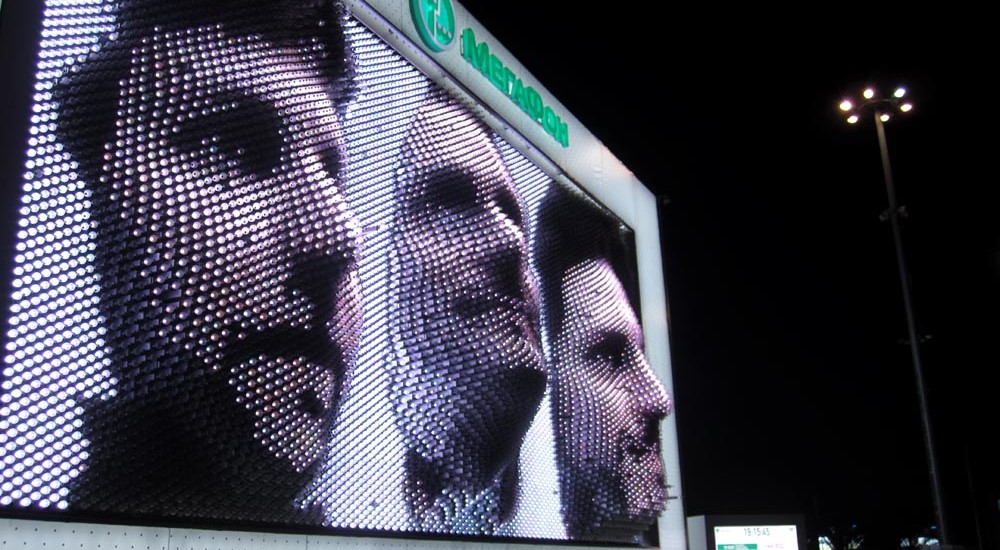 At the beginning of this year, I was involved in a project called Megafaces for the Olympic Winter Games in Sochi 2014. This project just won the Cannes Innovation Lions Grand Prix.

Quite an honor to be part of this project and congratulations to everyone involved, especially the wonderful team at Asif Khan, author/designer and architect of the project.

The project was a pavilion in the Olympic park in Sochi with it’s front facade serving as a giant kinetic display. Visitors could sit down in a photo booth and take a 3D scan of their faces which got then displayed on the huge three dimensional screen on the facade. Each pixel of the display was mounted on a dynamic piston that could extend up to 2 meters, therefore allowing the screen to physically model the faces. A true three dimensional display. 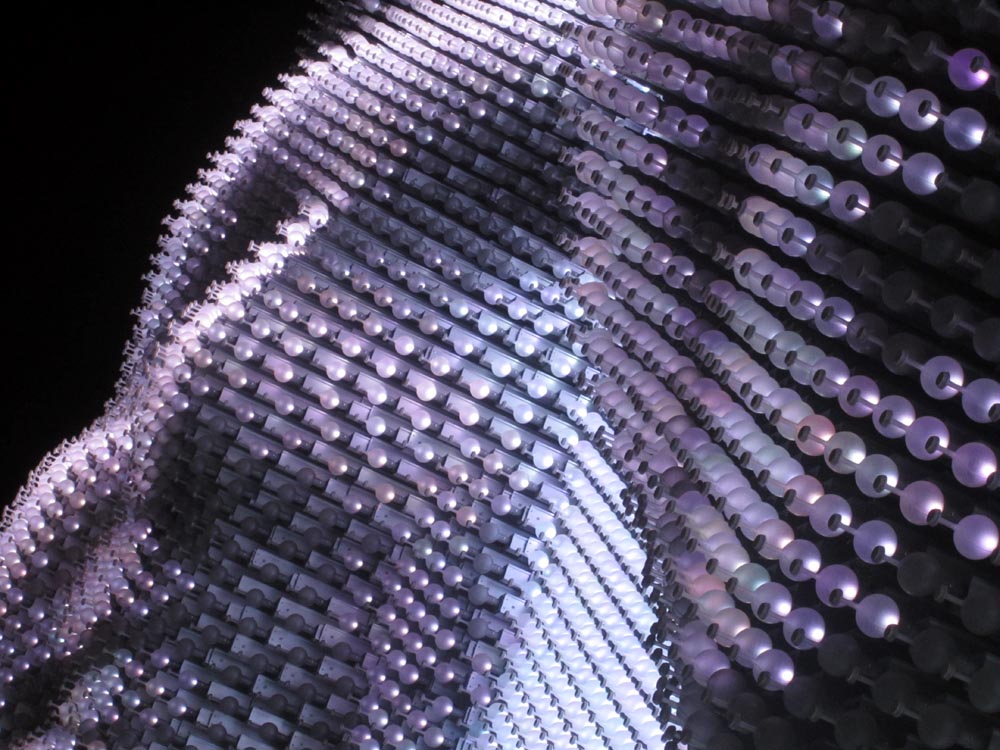 I worked with Scott Eaton and Arthur Carabott on a small but important part of the installation the so called CPP – Creative Positioning Pipeline. I developed a Houdini setup that took the raw 3D scans and the photo taken of each person and processed this data in order to get the best possible output on the facade. This process included interesting positioning of the faces, composition, relighting and processing the colour textures for the facade. All this had to be done in an automatic setup as the facade changed faces every 30-60 seconds.

Big credits also go to iART for technically implementing the rest of the system (scan booths, hard and software of the display, email/text message notification and more).

It was great fun to go to Sochi and set up the system in the Olympic park. Crazy experience indeed.